n 1849, Horace Mann, a member of the United States House of Representatives, wrote that only an insane man would oppose religious education of youth since religion is necessary for anyone to attain “practical morals.”

He argued that, devoid of religious principles and religious affections, the race can never fall so low but that it may sink still lower; animated and sanctified by them, it can never rise so high but that it might ascend still higher.1
To grasp the full import of Mann’s words, one should note that he avidly criticized Catholic schools and was a staunch advocate of the compulsory ‘Common (Free) School,’ and thus played a key role in establishing the public school system in the United States. In the mid-19th century public schools boasted an inherent Protestant flavor, complete with readings from the King James version of the Bible.2 The massive influx of Catholic immigrants in the latter 19th and early 20th century threatened Protestant hegemony, and thus began “the great school war.”3 Mann represented the majority opinion in the United States; it identified Catholic schools as an inherent threat to American ideals of democracy and separation of Church and State. Most Catholic immigrants, hailing from European countries where State-funded denominational schools whether Catholic or Protestant were the norm, denied such claims. The lines were drawn: on one side stood proponents of the common school, a nursery “of a free republic”; on the other, the parochial school, the socalled promoter of “factions, cabals, agrarian laws, and contests of force.”4
As decades passed, Catholic Schools won a number of battles, and by the early 1960s Catholic schools in the United States boasted an enrollment of approximately 5.5 million students. However, enrollment in Catholic schools plunged in the latter half of the 20th century, down 56% to 2.5 million by 1994; today total enrollment is roughly 2 million. In the last ten years alone, enrollment declined by almost half a million and fourteen percent of Catholic schools closed.5 But decline is not the end of the story. In recent years the “school choice”6 battle has sparked new interest in private education, including Catholic schools, among new sectors of the population previously excluded. Problems continue. “School choice” should always include religious schools but at least thirtyseven States still have “Blaine Amendments” prohibiting state funding of religious schools.7
Regardless of the battles throughout the years, no one can deny the success of Catholic education, both past and present, evidenced by a significant number studies in the last fifty years. Researchers have scrutinized Catholic education from various angles and drawn comparisons with public and private peers, a controversial process since Catholic schools have often trumped their counterparts on academic excellence.8 Recent studies have gone a step further and demonstrated that besides academic rigor, prejudices juxtaposing Catholic education and democratic principles may be unfounded, and that, in fact, Catholic schools are just as adept, and sometimes surpass their peers, in forming responsible citizens. In other words, Catholic schools promote “social capital,” a term appropriated from socio-political studies, and popularized by James Coleman in the 1980s when he applied it specifically to education. The concept refers to “social networks that make urban neighborhoods function smoothly – the connections that draw residents together and enable them to suppress evils like crime and disorder.”9

Building upon the earlier research, including that of Coleman, Greeley, and Bryk, Lee, and Holland, a 2014 study by Brinig and Garrett of the University Notre Dame, examined social capital specifically in the context of Catholic school closings and social decline in several major cities in the United States. The research concluded that Catholic schools promote social capital in a twopronged manner, internally and externally. The “with-in school social impact” effected by disciplined students results in lowered negative actions, a more peaceful environment, and higher academic achievement. This internal climate affects all those directly involved with the school – students, administration, faculty, and all other employees, volunteers, and parents.10 Bryk, Lee, and Holland, in their work entitled Catholic Schools and the Common Good, had identified several key factors in Catholic education which contributed to social capital. These included decentralization (parent involvement); a shared set of moral beliefs among parents, faculty, and students; a shared code of conduct based on “human dignity and the belief that human reason can discern ethical truth”; small size which allowed for more interaction; emphasis on academics with concentration on basics.11 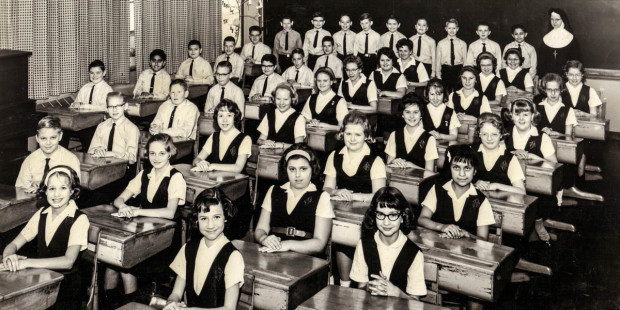 But Brinig and Garrett had proposed that Catholic school social capital extends beyond the school itself, promoting a critical secondary impact on the broader community. They first offered one simple reason for this secondary effect, noting that “discipline inside the classroom may encourage discipline outside of it, and high academic expectations may limit neighborhood disorder for the simple reason that students who are busy with homework have less time to cause trouble.”16 Some might attribute such a statement not to the Catholic school itself, but rather to the fact that such schools draw an elite groups of students. In response, one need only examine research on the types of impact Catholic schools have on different types of students. Across the board, the so-called “Catholic School Effect,’ that is the influence Catholic schools have on student behavior, most notably impacts the “poorest most disadvantaged, students.”17 From the first immigrants educated in parochial schools, to the impoverished inner-city population, to the new immigrant populations, the greatest successes of the Catholic school have been with children and youth coming from families with lower income and lower parental education.

Other interesting discoveries by Brinig and Garrett include a number of other ways Catholic schools as institutions impact neighborhoods, particularly those of the inner-city. First, the schools provide a mixed neighborhood, that is, one which is not solely residential. With activity occurring throughout the day and evening, a good deal of “informal monitoring” occurs which helps reduce crime.18 Schools also contribute to neighborhood networks, accompanied by the basic “school effect,” which develops due to a certain level of parental interaction. Though these factors seemingly apply to all schools, Catholic, public, or private, studies find that the networking and parental interaction are not necessarily always the same with the different types of school.19

Two factors specific to Catholic schools are, first, the “Night Watchman Explanation,” describing the reality that Catholic schools are usually accompanied by a parish with a priest usually living on site, so even empty Catholic schools or those leased to charter schools, still have an impact on crime. Second, they note the distinct composition of the student body of Catholic schools. Catholic schools are normally kindergarten through 8th grade (ages 4-13). Other schools often separate adolescents (ages 11-13) into “middle schools.” The former provide a more positive climate since adolescents interact with and become “models” for younger students. This often impacts both their self-esteem and their overall academic performance, pushing them beyond their “middle school” peers. The student body also differs on the point of “enrollment discretion.” Unlike many public school parents, whose address determines school attendance, Catholic school parents must decide to send their child to a Catholic school, thus indicating a “threshold level of parental motivation.” Catholic schools also demand parental involvement and volunteering which guarantees “a stable flow of responsible adults into a neighborhood who help keep disorder and crime in check.”20 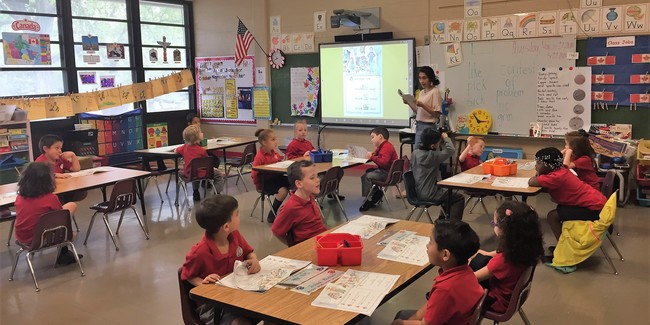 The discussion of social-capital and schools of all types is deep and broad; the effects of Catholic education are noteworthy, to say the least. Catholic education in the United States pushes forward, not because it is specific to the United States, but because it is Catholic. While there are similarities with other schools, specifically faith-based schools, Catholic schools offer something beyond the grasp of science and statistics. As stated by the Fordham study,

It is difficult to pin down whether and how these values [specifically Ju-deo-Christian values as humility, obedience, kindness, tolerance, self-sacrifice, and perseverance], taught in relation to the life of Christ, may influence a child’s behavior. Perhaps students are more likely to internalize such values when they know they are loved not only by their teachers but by their Creator, or when they perceive that misbehavior may have eternal consequences. Maybe it’s something else entirely. Regardless, one thing is certain: Religion can mold hearts and minds in ways that suspensions, restorative justice, and Positive Behavioral Intervention and Supports (PBIS) can’t begin to match.21

The concept is similar to that expressed by Mann 170 years prior, with the noted addition of the concept of “love,” love of the teacher, love of the Creator, and, I would add, love of the parents for the student. If Catholic schools promote “social capital” within the school and beyond, it is not because that is their goal. “Social capital” is a secondary effect of the primary goal of Catholic education, communicating love, which is to say, “communicating Christ” and “helping to form Christ in the lives of others.”22

Catholic Education and Social Capital in the United States of America