A right in the moral sense of the term may be defined as an inviolable moral claim to some personal good. When this claim is created, as it sometimes is, by civil authority it is a positive or legal right; when it is derived from man’s rational nature it is a natural right. All rights are means, moral means, whereby the possessor of them is

enabled to reach some end. Natural rights are the moral means or opportunities by which the individual attains the end appointed to him by nature. For the present it is sufficient to say that this end is right and reasonable life. The exigencies of right and reasonable living, therefore, determine the existence, and number, and extent of

man’s natural rights. Just as his intellectual, volitional, sensitive, nutritive and motive faculties are the positive, or physical, agencies by which he lives and acts as a human being, so his natural rights are the moral faculties requisite to the same end. He cannot attain this end adequately unless he is regarded by his fellows as morally immune from arbitrary interference. They must hold themselves morally restrained from hindering him in the reasonable exercise of his faculties. His powers of intellect, will, sense, nutrition and motion will be of little use to him if his neighbors may licitly deprive him, whenever it may suit their convenience, of his external goods, or his liberty, or his members, or his life. In addition to his positive powers, he stands in need of those moral powers which give to his claim upon certain personal goods that character of sacredness which re-strains or tends to restrain arbitrary interference by his fellows.

Living Wage. Its Ethical And Economic Aspects.
by John A. Ryan S.T.D. Professor of Ethics and Economics
in the St. Paul Seminary
The Macmillan Co. New York, 1912
Section II: The Basis, Nature and Content of the Right to a Living Wage. III - The Basis of Justification of Right pp. 44 - 50
https://archive.org/details/livingwageitseth00ryan

Man’s natural rights are absolute, not in the sense that they are subject to no limitations -which would be absurd - but in the sense that their validity is not dependent on the will of anyone except the person in whom they inhere. They are absolute in existence but not in extent. Within reasonable limits their sacredness and binding force can never cease. Outside of these limits, they may in certain contingencies disappear. If they were not absolute to this extent, if there were no circumstances in which they were secure against all attacks, they would not deserve the name of rights. The matter may be made somewhat clearer by one or two examples. The right to life is said to be absolute because no human power may licitly kill an innocent man as a mere means to the realization of any end whatever. The life of the individual person is so sacred that, as long as the right thereto has not been forfeited by the perverse conduct of the subject himself, it may not be subordinated to the welfare of any other individual or any number of individuals. Not even to preserve its own existence may the State directly and deliberately put an unoffending man to death. When, however, the individual is not innocent, when by such actions as murder or attempted murder he has forfeited his right to live, he may, of course, be rightfully executed by civil authority, or killed in self-defense by his fellow man. He may also be compelled to risk his life on behalf of his country, for that is a part of his duty; and he may with entire justice be deprived of life indirectly and incidentally, as when noncombatants are unavoidably killed in a city that is besieged in time of war. Again, the right to liberty and property are not absolute in the sense that the individual may have as much of these goods as he pleases and do with them as he pleases, but inasmuch as within reasonable limits – which are always determined by the essential needs of personal development – these rights are sacred and inviolable.

With respect to their natural rights, all men are equal, because all are equal in the rational nature from which such rights are derived. By nature every man is a person, that is, a rational, self-active, independent being. Every man is rational because endowed with the faculties of reason and will. His will impels him to seek the good,
the end, of his being, and his reason enables him to find and adjust means to this end. Every man is self-active, inasmuch as he is master of his own faculties and able in all the essentials of conduct to direct his own actions. Every man is independent in the sense that he is morally complete in himself, is not a part of any other man, nor inferior to any man, either in the essential qualities of his being or in the end toward which he is morally bound to move. In short, every individual is an “end in himself,” and has a personality of his own to develop through the exercise of his own faculties. Because of this equality in the essentials of personality, men are of equal intrinsic worth, have ends to attain that are of equal intrinsic importance, and consequently have equal natural rights to the means without which these ends cannot be achieved. 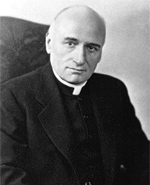 Only in the abstract, however, are men’s natural rights equal. In the concrete they are unequal, just as are the concrete natures from which they spring. This is not to say that equality of rights is an empty abstraction, without any vital meaning or force or consequences in actual life. Men are equal as regards the number of their natural rights. The most important of these are the rights to life, to liberty to property to a livelihood, to marriage, to religious worship, to intellectual and moral education. These inhere in all men without distinction of person, but they have not necessarily the same extension, or content, in all. In-deed, proportional justice requires that individuals endowed with different powers should possess rights that vary in degree. For example, the right to a livelihood and the right to an education will include a greater amount of the means of living and greater opportunities of self-improvement in the cases of those who have greater needs and greater capacities. But in every case the natural rights of the individual will embrace a certain minimum of the goods to which these rights refer which minimum is determined by the reasonable needs of personalit . The rights that any person will possess in excess of this minimum will depend upon a variety of circumstances, individual and social. Hence, in-stead of saying that the natural rights of all men are equal in the abstract but not in the concrete, it would perhaps be more correct, or at least less misleading, to describe them as equal in kind, number and sacredness, and in extension relatively to their particular subjects; but not in quantity nor in absolute content. Such in bare outline is the theory of the character, purpose, and extent of natural rights. Do they really exist? Is the individual really endowed with moral prerogatives, inviolable claims, in virtue of which it is wrong, for instance, to take from him, so long as he is innocent of crime, his life or his liberty? Whence comes the validity and sacredness of these claims? The answers to these questions have already been briefly indicated in the statement of the end for which the claims exist. Natural rights are necessary means of right and reasonable living. They are essential to the welfare of a human being, a person. They exist and are sacred and in-violable because the welfare of the person exists – as a fact of the ideal order – and is a sacred and inviolable thing. It was Cicero who wrote: “Fine in philosophia constitute, constituta sunt omnia,” In problems of philosophy, when we have established the end we have established all things else. Let us look more deeply, then, into the scope and character of this end to which natural rights are but means.

Right and reasonable life, the welfare of the person, consist in the development of man’s personality through the harmonious and properly or dered exercise of his faculties. He should subordinate his sense-faculties to his rational faculties; exercise his rational faculties consistently with the claims of his Creator and the reasonable demands of his fellows; and seek the goods that minister to the senses and the selfish promptings of the spirit in subordination to the higher goods, namely, those of the intellect and of the disinterested will. In a word, the supreme earthly goal of conduct is to know in the highest degree the best that is to be known, and to love in the highest degree the best that is to be loved. These highest objects of knowledge and love are God, and, in proportion to the degrees of excellence that they possess, His creatures. To prove that these moral and spiritual values are facts, we have only to appeal to the consciousness of any normally constituted human being. The average man has an abiding conviction that the rational faculties are higher, nobler, more excellent, of greater intrinsic worth than the sense-faculties; that consequently the goods of the mind are to be preferred to those of the senses; and that among the activities of the rational powers those dictated by disinterested love are intrinsically better than those which make for selfishness. These primary and general moral intuitions produce in the mind of the person who heeds them the conviction that it is not only reasonable but obligatory for him to pursue the path of conduct thus dimly outlined. The immediate objective basis of this obligation is the intrinsic superiority of the higher faculties, the infinite worth of God, and the essential sacredness of human personality. The ultimate source of the obligation is the Will of God; just as the ultimate source of the distinction between the higher and lower faculties, activities, and goods is the Divine Essence; and just as the ultimate source of the intuitions by which we perceive these distinctions is the Divine Reason.

Since, therefore, the individual is obliged to live a moral and reasonable life in the manner just described, the means to this end, i.e., natural rights, are so necessary and so sacred that all other persons than the one in whom they reside are morally restrained from interfering with or ignoring them. The dignity of personality imposes upon the individual the duty of self-perfection; he cannot fulfill this duty adequately unless he is endowed with natural rights. Such is the immediate basis of natural rights and the proximate source of their sacredness; their ultimate source is to be found in the Reason and Will of God, who has decreed that men shall pursue self-perfection and that they shall not arbitrarily deprive one an-other of the means essential to this purpose.

The Right to a Living Wage is Individual, Natural and Absolute